All my good life I’ve been a lonely man, Teachin’ my people who don’t understand; And even though I tried my best, I still can’t find no happiness.

Some goin’ east; and-a some goin’ west, Some stand aside to try their best. Some livin’ big, but the most is livin’ small:: They just can’t even find no food at all. 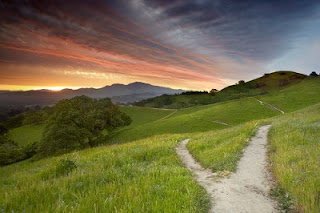 So we’re at the split in the road. Choice of which road you take, left or right is, totally up to each and everyone in this world. I put some links in above to demonstrate the stark contrasts before us. Amazing historical things were done and locked in, that have everything to do with these currencies being revalued publicly, economic relief for the whole world, and the component organizations being coordinated to work effectively together. They who have the gold, made this happen. You get a lot further with honey than vinegar. DUH!

People have asked, why do you say it’s about to happen and still we wait? I do not have permission to tell everything I know but I can say this, this D9 never stopped moving forwards, regardless of the debris thrown on the roadway to stop it. It’s like trying to stop the sun from rising or the rain from falling, it’s gonna come…ANYHOW. Over some broke butts if necessary. Politicians are workers on this farm, don’t let them fool you. The problem is,Their bosses have been down sized and don’t run what they used to and have failed to tell them…so they are operating on former assumptions. Like Perry making a statement about bernanke, dumb. That business is way above your pay grade, son. I’m being impaled with ignorance by people who want so desperately into the white house, understandably they work off of your ignorance of the facts, quietly pray you don’t see their pants go down to their shoe tops. There are so many secrets americans live by as facts that it’s going to take the announcements to get people’s minds out of the ethers about their country.

The sun is rising on the whole world out here…the whole world, not just a portion of it, and they’ve worked so good, the changes have pretty much been missed and you’re free to say, ‘nothing has happened’. Which one of you wants to step forward with ‘the plan’ that makes the world run fair with out killing any one. Feed those children, take care of the elderly, clean up after disasters without looking for tax cuts for your rich friends….The truth is most people’s minds don’t go beyond the borders of this country…Me First! In the coming days I guess we’re really going to see how many of the master’s teaching they really believe and live by. Everyone is getting their chance. They’ve got the man off your back, you will be accessing into a 5 star trust and your funds, wherever you diversify to, will remain under that protection. This is a thorough overhaul of what financial planners and such have been operating by for generations. Imagine not being able to practice law as a bar attorney anymore. Frivolous law suits will go away. Oil prices will come down because that form of energy is being phased out..so all I can say is, get it while you can. As you saw on friday the stock market is reflecting what the insiders know…it’s all screwed from their standards and the bridge is out and they know it.

The finance ministers of the world went to Jackson Hole Wy and got taught how the new system works. If that system is how the world is going to work now, guess what, better tell them now before you flip everything, right. The swiss operate under the authority of they who created all this, as they got taught a few years ago when they put their foot down on a couple of necks to send the funds down to germany. I will say this much more, no president, pm king or queen, or authoritarian government can stop this, when they say now it happens the world flips and, cheney can have another heart attack. And he will. RV’s won’t save him. Mr debt don’t matter’. Keynesian philosophy running wild..5 trillion added to the debt of the us. Yea, lets go back there, that’ll work.

Many times I don’t find out things until they have been completed, I hope they have completed all that has come from the rafter to me. Flip the switch and let’s go, I gotta beach to get to and umbrella drinks to have. I’ll be sitting there but don’t ask me anything, I’ll only do an impression of Sgt Schultze on you; “I know Nothing…Nothing!” then reach for another piece of whatever is on the grill. I am giving no speculation on the moment that the will world flip but you’ll know it everybody will know it, around the world. These are some exciting time, it’s be a little messy so use both hands to hold onto your shorts, winds and everything else will be blowing about…more folks talking non sense. Don’t give in to fear. False Evidence Appearing Real…..you’ll have to learn to pierce the illusion and see the emperor has no clothes. See ya on the other side.