“A New Reformation” to stop the Vatican’s War of Terror on the Innocent will Commence during “Holy Week”, Sunday, April 1:

A Call to Action by Occupy the Vatican

Survivors of church terror and their allies are taking direct action against the world’s oldest and most ruthless criminal, starting Palm Sunday, April 1.

Occupy the Vatican and survivor’s groups in eight countries will launch church occupations, teach-ins, protests, and even “public defrockings” that day that will include the issuing of a New Reformation Charter, containing a ten point program to abolish the power of the Vatican as a criminal body.

The April 1 campaign will include actions by a new group within the churches called Not in Our Name, comprising Catholic and Protestant clergy who support the legal disestablishment of criminal church corporations like the Vatican and the Church of England, and a return to an egalitarian, congregational system of Christianity devoid of the genocidal legacy of Christendom.

Joining this Occupy movement will be traditional indigenous elders in Canada from the Mohawk, Squamish and Ojibway nations who survived Catholic and Protestant “Indian residential schools”, and who will be issuing new banishment orders to evict these churches from their lands.

In Ireland, plans are afoot to conduct “public defrockings” of known child raping priests who the authorities refuse to prosecute.

“We won’t let these bastards pose as men of God anymore, or practice in our communities. We’ll toss them out of the churches on their ass” described Colm O’Brien of Wexford, a member of Occupy the Vatican Ireland.

In Rome, Occupy supporters plan to create a human “exorcism” chain around the Vatican on Easter Sunday, April 8, to “expel the spirit of lies and violence” from the church.

Besides these direct actions, Occupy the Vatican is working with members and officials of the European Parliament and other nations to repeal the so-called “financial concordats” between the Vatican and governments, and to bring the operations of the Vatican Bank under public control and scrutiny.

“The important thing is to take action to dismantle the church from the ground up, and place it under public control. That’s the only way future generations of our children will be safe from a church that’s a law unto itself and feeds and profits off the suffering of the innocent” declared Caoimhin Ui Niall of Occupy the Vatican.

“Let everyone do something on April 1 and April 8 to end the reign of terror of this false church.”

For more information, including events in your area and copies of The New Reformation Charter and the Statement of Not in Our Name, contact Caoimhin Ui Niall at thecommonland@gmail.com. 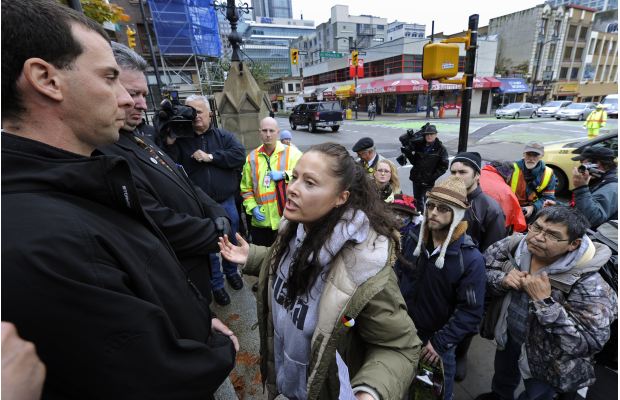 (If there is an unrelated audio here then apologies, not sure how it got there, can’t see it as yet how to get it off!)