SPECIAL DATES FOR 2011:
***
A Year
For
Learning
To
Operate
At
Higher
Frequencies
***

“God Light is the light of the creator as it shines from the heart of every being in this whole super-reality everywhere, ever. It is intelligent, creative and wise. It is pure love and it gives everything of itself to you completely without asking for anything back and without giving any stipulation about what you may or may not do with that which it gives you. It exists at every density of this super-reality and every one of the infinite number of tonalities of all the densities. It is the very essence of all the love that has ever been felt by every mote of consciousness anywhere in this super-reality ever. It is all the knowing and understanding that has ever been attained. It is all that and so much more than that.” – Zingdad, The Ascension Papers

I have only read a little of the above Ascension Papers, but they do provide an inspiringly written work.

Onto the purpose of this post: Key spiritual dates in 2011 and Ascension.

If you believe in the idea of 2012 Ascension, then you may have heard that this process involves a field of crystalline energy that is enfolding the planet and its people. Itâ€™s a question of human bodies becoming extreme energy in motion. The idea is that we absorb the crystalline resonance that is surrounding everything – the God Light from the above quote – into our energy fields, so it is converted and amplified into oneâ€™s own being: desires, intentions, our work and all the ways that we touch earth and each other.

This Crystalline Grid is apparently a system that will allow your nurturing into a higher resonance, into a higher, more fulfilling expression. Along this process, there are what you could call â€˜Ascension Triggersâ€™ in terms of specific astrological gravitation refinements and frequencial boosts that are needed to complete & polish the Crystalline Grid so that the Earth will be transformed into Crystalline Consciousness.

2011 offers special dates that are extremely potent energy amplifications triggers, and these magnifications are a learning process for us to learn to operate at higher frequency. It has been termed a â€˜rigorous training programâ€™ that will allow us to strengthen and increase our auric fields as the ground-zero of the Ascension nears. The Equinoxes and Solstices of 2011 are said to be infinitely more powerful than the equinoxes and solstices in the past several millennia. They are a time to reflect, meditate, pray and open ourselves up to receiving the energies and raising our vibrations.

FYI – An equinox occurs twice a year, when the tilt of the Earth’s axis is inclined neither away from nor towards the Sun, the center of the Sun being in the same plane as the Earth’s equator.

In terms of eclipses, 2011 will have a total of 6 eclipses, and 3 of these will occur in a 30 day phase between May 30 – 1 July 1st, including the June Solstice. This combination of solar and lunar eclipses in a single year is quite rare, only occurring about once each generation.

I have listed above the key spiritual Ascension trigger dates up to end 2011 in chronological order, right at the top so you can refer back to the list easily. On these dates make sure to spend some time for group or individual prayer and meditation, and intuitive self review. Spend some time breathing in God Light.

Exactly how you do this is up to you, but here are a few suggestions:

Meditate:
Listen to this great Om Resonance audio whilst meditating, it is very powerful. This can be individual or in a group.

Audio clip: Adobe Flash Player (version 9 or above) is required to play this audio clip. Download the latest version here. You also need to have JavaScript enabled in your browser. 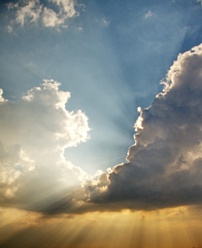 If there is negativity in your heart of any sort, make a commitment to finally release this and move on. This, more than holding on to it, will serve you and all around you. Here is quite some quote, again from the Ascension Papers (see above):

“Those that are in the greatest amount of pain will only very briefly experience the Singularity Event. It will be like a momentary flash ofâ€¦ somethingâ€¦something strange. Because their inner pain will disallow them to LET GO and BE. These who are deeply in pain are also deeply in anger and hatred. They hate themselves, they hate the world. They are not in any way, shape or form ready to be at peace, to be still and silent. Not for even an instant because they know even a momentâ€™s stillness will threaten to overwhelm them with all their buried fears and pain.

So for them the Singularity Event will be but the very briefest possible moment of strangeness â€“ a flash of bright white light on a cold and lonely night. If they would but let their fear and pain go and release themselves to it they would quite soon find that they have comprehension. They would see how and why they have hurt themselves. They would see that their enemies are really one with them and that healing lies in loving themselves and releasing their pain. All this would be possible for them. But they are most unlikely to, at that moment, just let go. Most unlikely indeed. And they will not be forced.

And that is cause for sadness within my heart. Because, of course I see them as aspects of self even though they would look upon me as a stranger.

Tragically, their fear, pain and hatred is most likely to ensure that, after their Singularity Event experience they will immediately desire to be right back where they were battling their demons. And so, but an instant later, they might find themselves in some alternate time-line where they are surrounded by those they wish to dominate, to control, to hurt, to strike out at.

The fact that it will not be quite the same world as they had inhabited before the Singularity Event will not be apparent to them. When you move realities in this way it is transparent to you. You are in a new world but because you have moved yourself entirely there you do not perceive it to be so.”

Contemplate that! Which camp do you want to be in?! What a prospect. There’s only the one choice, isn’t there? Right, so there’s some work to do, cleansing and letting go…

Breathing Exercise:
Do this breathing exercise, which my good friend, Burt Harding, sent me recently:

a) Stand with feet parallel to each other. Keep your back straight with the head erect as if there was a string in the ceiling pulling up your head. Look straight ahead and for a few brief moments close your eyes.

c) Make sure that you are completely relaxed as you breathe. Make it go deeper and deeper each day you practice.

d) This way it will bring in Cosmic Energy known as CHI. This CHI energy is better than food or vitamins when properly done. It is our very life-force and strenghtens our immune system to the point that when we get sick, our body’s defences come to our aid immediately.

Stomach breathing is very beneficial to your whole system!

Regarding Ascension, there was a time (many years ago) when I myself looked upon folk who spoke about it as bit nutty, and now here I am talking about it myself. Not only talking about it, but somehow, my very being takes it on board, even before my mind can have a chance to object. It seems to me that Ascension is a most serious matter of each individualâ€™s choosing â€“ or not. This choice is key. Just the same as when I tell clients that happiness is a choice, it doesnâ€™t just arrive without your participation, itâ€™s the same with Ascension. Active choice is required.

However, if you donâ€™t know what to make of this all still, I simply encourage you to remain open-minded. Check back to this post (bookmark it) as we go through 2011 and on the above dates, and spend a little time on â€˜self-cleaningâ€™: just being in the moment, and receiving and giving Light and Love.

â€œIf you are not making much headway, know that there will be a number of powerful upliftments very soon that will be of considerable help to you. In fact the coming year will be phenomenal where the energies are concerned. They are being beamed to Earth from all over the Universe. It is a measure of how much help you are getting, and how the Divine Plan has made provision for the upliftment of all souls. Those who for whatever reason cannot respond to the higher energies, will still progress to another opportunity by entering a new cycle. Evolution never stands still and every soul will eventually rise up again.â€œ â€“ SaLuSa, Mike Quinsey 1st November 2010.